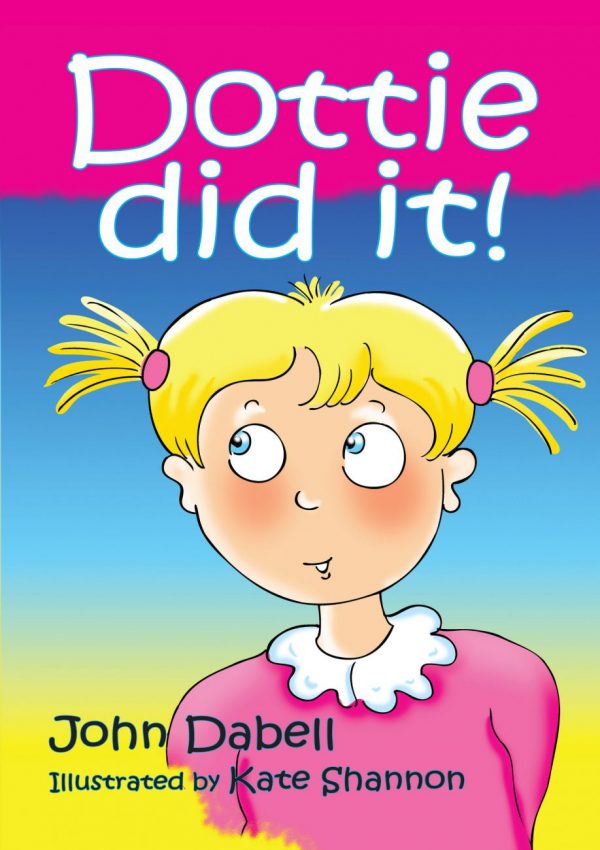 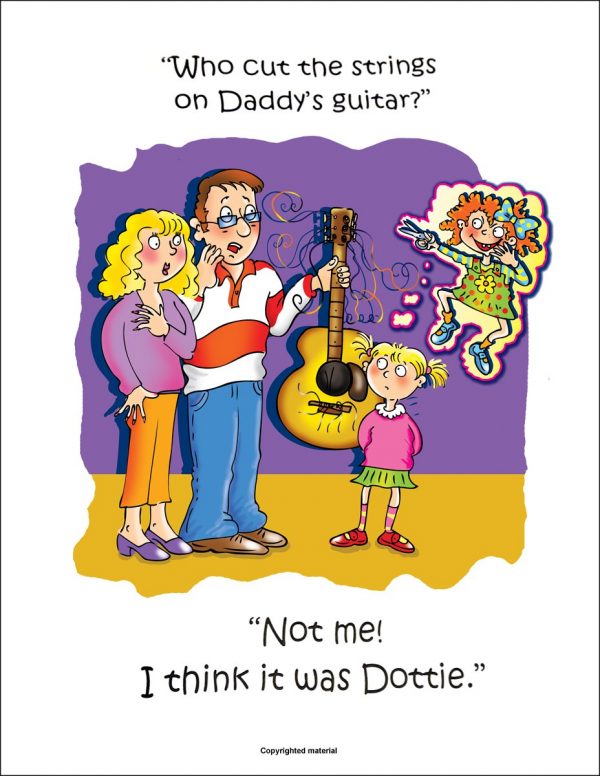 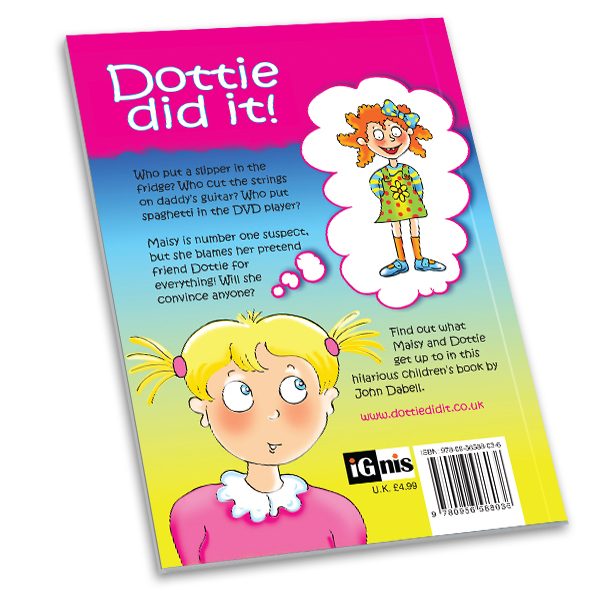 Who cut the strings on Daddy’s guitar? Who put spaghetti in the DVD player? Maisy is the number one suspect, but she blames her imaginary friend Dottie for everything! Will she convince anyone?

Dottie Did It! is a story of two best friends. Maisy and her imaginary friend Dottie get up to all kinds of mischief. Maisy uses Dottie as a scapegoat or alter-ego and always blames her for any wrongdoing. Sometimes her mummy and daddy have trouble keeping a straight face because the things Dottie gets up to are hilarious!

Fantasy is important to children and imaginary companions arise out of active and agile young minds. Blaming an imaginary friend gives children a chance to distance themselves from a situation and preserve their self-image while learning what is, and isn’t, acceptable behaviour.

Dottie Did It! encourages young readers to think about events in their own daily lives and how they might deal with situations where they have been naughty. Dottie Did It! Is suitable for Reception and Key Stage 1 readers.

It is quite common for children to have imaginary friends and it is recognised that imaginary friends are often a part of normal development and a positive feature in a child’s life. They provide fun, entertainment, adventures and games.

There’s no one ‘universal’ type of imaginary friend, and children have them for all sorts of reasons. Imaginary friends can be protectors, scapegoats, a conscience, or an emotional outlet. They can exist by themselves or they may come accompanied by other friends. Some imaginary friends visit every day while others only make only a pit-stop now and again. They could be female or male, an animal, or something more ethereal with super-human strength or magical abilities.

Having an imaginary friend helps to develop language skills because children get more linguistic practice while inventing and carrying out conversations or explaining scenarios. Research has shown that children with imaginary friends tend to be more creative, independent, happy and cooperative.

About the creators of Dottie Did It!

Kate Shannon is an illustrator from Ireland and her work can be found at http://kateshannon-illustration.com/

John Dabell has been a teacher for over 20 years having written and co-authored a number of books and articles within primary and secondary education. He now works as a full-time writer and educational consultant.

There are no reviews yet.

Only logged in customers who have purchased this product may leave a review.